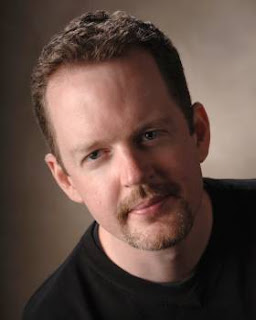 David Beem enjoys superhero movies, taekwondo, and flossing. He lives in Djibouti with his family and crippling self-doubt. To help actualize David's inner confidence, visit his website and buy all the stuff: www.davidbeem.com


David is also on Amazon! Check his stuff out Here!

Here's some of David's Book Covers! 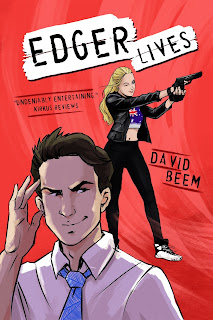 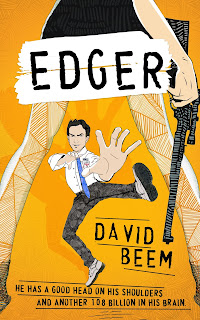 Meet Edger (Ed-jer), a twenty-six-year-old gadget retail dork destined to become the world’s first superhero!
His superpower: the ability to channel the Collective Unconscious, a psychic network connecting the living and the dead. In his arsenal are the skills of Bruce Lee, the strength of Samson, the wisdom of the ages...and the dancing chops of Michael Jackson—including that one twisty foot move, crotch grab, and fedora tilt.
But there's a catch…
Like every psychic superpower to get administered through a hypodermic needle, this one comes with a prick. Someone seems to have misplaced the booster necessary for stabilizing his superpower. Without it, Edger has three days before his brain turns to pudding.
Join our Dork of Destiny as he overcomes the world’s greatest butt, two rival Cluck-n-Pray gangs, an evil cow, a Green Bay Defensive Tackle, rifle-toting assassins—and a pair of stoners who inadvertently create the world’s first supervillain after a wild night on Twitter!
***
Edger Lives
By David Beem

Our dork of destiny rides again!
Edger is falling for Mary, his bodyguard, kick-ass spy, and cover wife. But she's so hopelessly out of his league, it's clear someone's going to get hurt. Less clear? That someone may be the Prime Minister of Australia.
When Mary confesses her desire to kill the world leader whose assassination Edger's supposed to prevent, Edger's superpowers pick the worst time to stop working. Without a fully functional psychic superhero, their team of spies can no longer order him to probe Mary's mind for ill intent. The stage is set for a confrontation that threatens to strip a defenseless Edger of his loyal protector just when he needs her most.
Return to the Collective Unconscious, this time with Listerine-chugging stoners, Hollyweirdos, commie-alien-kung fu robots, one space gorilla-unicorn, and an exceedingly lovesick Vladimir Putin.
Mind your fingers and toes on page 222. Those skydiving mind-control monkeys have been known to bite!
From Edger, by David Beem

Historical Note
from your Father of History
Herodotus
(c. 484—c. 425 BCE)
It has been said every story has to start somewhere. And it’s good this has been said, because otherwise there’d be no one starting anything and nothing for anyone to read. As advice goes, it’s solid. It’s right up there with, Careful, Robin, both hands on the Batrope. Or, When the Chinese buffet reopens, proceed with caution.
It’s the contradictory advice that gets a person into trouble. The early bird gets the worm, but the second mouse gets the cheese. Nothing ventured, nothing gained, but better safe than sorry. Advice like that is the mental equivalent of a bird crashing into a glass door. It can be frustrating to constantly be told to get down to business if you’re in the business of going up, like, say, an astronaut. Especially since, in space, up stops being up. It can be sideways, diagonal, forward, or backward. Space is relative, and relativity tells us First Mouse can teleport the cheese straight into the hole where it can then be shared with Second Mouse and everyone’s happy. Everyone but Early Bird, because in this scenario, all the hungry neighbor birds conspired and murdered Early Bird in its sleep. They did this, first, because they were a band of homicidal maniacs with a long list of priors; second, because Early Bird was annoying everyone with its smug go-get-’em attitude; and third, because Early Bird had long ago lost the Eye of the Tiger and had become far too fat and slow to escape, due to constantly getting all the good worms.
Where were we?
Ah, yes. Every story has to start somewhere. Ours begins with a simple dork by the name of Edger Bonkovich. Prepare now to travel into his mind through the shared psychic network known as the Collective Unconscious. Prepare to know what he knows, feel what he feels, and think as he thinks…
In other words, prepare to be disappointed.
I’ll grant you, Mr. Bonkovich may not look like much at first. But, as they say, desperate times call for desperate measures. Or do they say better safe than sorry? It’s one of those things. The point is, the forces of evil are afoot, and the world needs its hero…
From Edger Lives, by David Beem

THE Russian HOOKER
It should be noted here the hooker is not, in the strictest sense of the word, a hooker. In fact, she is an assassin who’d rather kill than have sex for money. Her name is Olga.
Being an assassin worth her gun oil, Olga isn’t standing around on the corner waiting for a trick. Olga is a woman of initiative. Olga makes things happen. Things such as blending in as a cosplayer at the San Diego Comic-Con. And given her Black Widow costume started off about the size of a nicotine patch before she’d squeezed it over her curvaceous frame, this is an impressive thing to make happen.
The dizzying white noise of mega-fans geekifying in the reverberant convention center does not faze her. Nor do the ubiquitous Ninja Turtles, Pokepeople, or Wonder Women. There is one commotion that catches her attention. An American celebrity taking his seat at a signing table. Wall-to-wall costumed fans part for the square-jawed yet effeminate man as he makes his way to his seat. Blue blazer, no tie, silk scarf. He is the perfect picture of classic Hollywood. His name is Johnny Gemini.
Olga pitches her weight to one side and twirls a strand of her beet-red hair. She pictures for a moment how it’d be to do an American celebrity and dismisses it before even getting to the good stuff. Gemini isn’t her type. Her type is doing Vladimir Putin on the back of a horse. But having already done that on no fewer than twelve separate occasions, she’d summarily stricken him off her to-do-on-the-back-of-a-horse list. Which goes to show why a career-driven, FSB-trained assassin has no time for romance. Gemini is a distraction. He is not the target. Her targets are the two hipster girls passing out pamphlets in front of Gemini’s signing table.
It should be noted here the two hipster girls passing out pamphlets in front of Gemini’s signing table are not, in the strictest sense, hipster girls. In fact, they are men who’d rather get laid than die virgins. Their names are Wang and Shmuel. They are the A-Team.

Since my 8-year-old son thinks he’s a hobbit, and since hobbits require Second Breakfast, we swing into a McDonald’s to get him a sausage biscuit meal. I feel it’s important to mention we don’t usually do McDonald’s. It isn’t that we’re food snobs. It’s that we like to know a bit more about where our food comes from. Going on past experience, the food at McDonald’s doesn’t have much personality. And by personality, I mean I don’t remember the food talking.
“Come on, kid,” whispers Sausage Biscuit. “I’m delicious. Eat me.”
Smiling, Mainard raises the breakfast sandwich to his face.
“Hold on,” I say, grabbing my son’s arm and lowering it to address the sandwich. “Why’s it so important you get eaten?”
The sandwich, staring at me from its paper wrapper, says, “I had a dream. Okay?”
Groggy and thoroughly puzzled, owing to the fact that hobbit dads require much caffeine before nine, I ask, “You dreamt you’d get eaten today?”
“That’s right,” replies Sausage Biscuit, a bit defensively. “What? You think you got the monopoly on dreams?”
“Last night I dreamt I won Power Ball,” says my son’s hash brown.
“Come on, Dad,” says Mainard. Then, to the sandwich, he grins and adds,
“You do look delicious.”
“Thank you,” says Sausage Biscuit.
“Hold on,” I say again, shaking my head to clear it. “You don’t talk to strangers, son. You know better.”
“Technically I’m stranger food,” replies Sausage Biscuit. “But I’m not stranger than the turducken.”
At this, we all stick out our bottom lips and nod in agreement. Even the hash brown and chocolate milk.
“Come on, Dad,” pleads Mainard. “I’m hungry, okay? Second breakfast. Hobbit.”
“But you don’t know this sausage biscuit,” I reply. “He could be anyone. He could be a bank robber.”
“Yes, well,” says Sausage Biscuit, “You’re rather quick to assume the worst, now, aren’t you?”
Ignoring the talking breakfast sandwich, I address my son, using the Stern Dad Voice. “You wouldn’t want to eat a bank robber, would you?
Mainard smiles, an eager glint in his eye. “If it was a ravioli, heck yeah!”